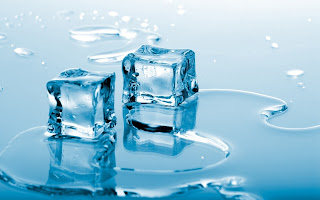 Join the conversation on Linkedin https://www.linkedin.com/pulse/silicon-valley-real-estate-cool-down-september-2015-alan-wang

Since February of 2012 we have experienced an accelerated Seller’s market with the most aggressive Buyer activity-taking place from January through May of 2015.  Inventory has been extremely low throughout this period and Buyer demand was at all time highs driven by the potential of rising interest rates.

The San Francisco market leads the pack with their surging growth of startups and uniqueness of city living, this market continues to be resilient.  The next market are Southbay Prime Locations near established technology companies such as Google, Facebook and Linkedin.  The Peninsula emerged as the newest mid-point between San Francisco and Southbay jobs as often a family will have one spouse in each location.  As prices soared in these highly coveted locations, Buyers expanded their searches further south.  Eventually prices continued to push higher and out priced Buyers moved to the East Bay and pushed prices up in those areas as well.

In June and July the market showed signs of a cool down, namely less quantity of offers yet offers were still of high quality as a remnant of Buyers were still searching from the hotter months.  Inventory levels rose as they typically do in the summer months.  As we progressed, the market continued to slow further.  Bidding wars had exhausted Buyers as many were priced out and re-focused their attention on vacations and summer activities; Buyer demand subsequently dropped.

In August, Buyer’s were rattled by volatility in the stock market mainly from a shaky China market and speculation on the Federal Reserve’s possible increase in interest rates.  Until that moment we saw enormous growth and solid returns in the stock market.  Especially in the Silicon Valley where Buyers’ down payments are directly correlated to the value of stock options and restricted stock units, this caused many to put a hold on their purchase plans.  Offers dropped to single digits, and on some homes no offers came at all.   The typical home that sold in a week started to sit two to even four weeks.

In September, the Federal Reserve decided to hold interest rates steady.  Even though the US economy economic indicators have been improving and our overall health is pointing in a positive direction, we are also a major player in the global economy.  Countries such as China and Europe continue to struggle and that ultimately affects our economy as well.  The interest rate hold should have been good news overall, yet surprisingly the uncertainty on timing has sent a chill through financial markets.  There is speculation that the rates will still increase this year and that speculation is causing nervousness amongst investors.  Once the rates do go up, this will directly affect interest rates on variable rates and equity lines that fluctuate with the prime rate.  More importantly, already out priced Buyers will see their mortgages increase which will further put pressure on affordability.  It is the psychology of Buyers that is worrisome, as many will feel that they did not catch the lowest rates.  Yet in the grand scheme of things, this is still the lowest interest rate we have ever seen even if it is a quarter point higher.

Looking forward to October there are some major regulatory changes coming to the lending industry.  This is called TILA-RESPA Integrated Disclosures.  In short a new disclosure will be provided for Buyers with some built in delays on various parts of the loan process.  Banks are anticipating some pains in complying with this new system that could slow down loan processing from October onward.  This could further dampen the market by literally slowing things down close times.

This shift was especially tough for Sellers, as we have come to expect homes to sell in short periods of time and for prices grossly over list price in most areas.  For those on the market it was a tough adjustment to make as prices were coming in either at the last comparable and some even slightly under the last sold prices.  However, to focus on the short term would be short sighted.  Looking at the bigger picture as we passed three and a half years of aggressive price gains, Sellers are still able to capitalize on these enormous gains.  If you are a Seller there is a short window left to sell this year.  I would recommend taking your gains now if you are positioned to do so.

If you are one of those Buyers who became frustrated with this aggressive market, currently there is a window of opportunity for you.  The market is in a state of flux and Buyers are not as aggressive as they have been.  Buyers are offering at the last comparable sold price and often slightly lower.  The number of competitors has come down to a handful or none at all.  Sellers are nervous so it provides a nice opportunity for you as a Buyer to not have to go as aggressive on pricing and possibly reserve some contingency times where we have been unable to do so during times of fierce competition.  Those of you who had lower down payments, your offer might considered if you are the only offer on the table.  As a side note, rest assured that a great home in a great location will still sell quickly and with multiple offers.

The market is cooling down but there is no free-fall at this juncture.  We anticipate that prices will level slowly over the next few years barring any major events in our economy or global events.  This is likely the first year in a long time that seasonality will actually come into effect.  In a normal market, the winter is typically a slower time due to the holidays.   This aggressive Buyer behavior was never sustainable and it would be refreshing to have some sense of normalcy and shift towards equilibrium in the marketplace.
Posted by Alan Wang at 12:10 AM


Nice reading, I love your content. This is really a fantastic and informative post. Keep it up and if you are looking for private lending Australia then visit Archer Wealth.

Privacy is necessary to us, so you've have} the option to disable certain kinds of storage that are not needed for the fundamental functionality of the web site}. Publications Technology cleaning supplies is put into phrases in main commerce magazines. Find out all about the latest developments at Kern and browse the success tales of our clients in selection of|quite lots of|a big selection of} person reviews and case research. Kern Machines are ideally fitted to all industries with high precision requirements in collection production. Working with supplies like ceramics, carbide or glass used to be a challenge however is now a requirement {for many|for lots of} new applied sciences.