Many are curious how Bush's economic package will affect us here in California. This $168 billion stimulus packaged approved by Congress will increase the conforming loan limit from $417,000 to as high as $729,750 depending on the median price for an area. My loan agent has informed me that March 13th will be the official date that this will be put into affect. Those of you planning to refinance or purchase a home it is time to get ready.

A few things to keep in mind:

- Be sure to clean up any late fees, unpaid debt. It is very important to have good clean credit in this market.

- Keep in mind that these loans still may not be at the regular conforming rates but they should be still lower than jumbo rates.

For more details this is an excellent Mercury News article.

I wanted to share a recent data analysis of median home prices for resale homes. I always take median numbers with a grain of salt due to the large variance in the data; but this is interesting data nonetheless.

I have been stating that the "good" areas have been immune to the affects of the sub prime mortgage situation. The reason for this is that the folks buying in these neighborhoods have secure jobs, high credit, equity and downpayments. These are not the people that were flipping homes or extending themselves too far as in "other" neighborhoods, which caused the real estate issues in the market today.

The unique, historic and one of a kind San Francisco has shown a 2.23% gain. Of course, a destination for people of all backgrounds, this diverse city has some of the oldest homes that still sell for very high prices. Low supply and high demand will continue to drive real estate prices in the city for many many years to come. The many landmarks and amount of activities make this "the" place to live for city dwellers.
Santa Clara County

Here is an analysis of Santa Clara County homes:

Alviso is a small neighborhood, with some spotty areas and new homes surrounded by older homes. The older homes may have been the culprit in dragging these home prices down in this area. There is also no lure of any schools, but it is close to many Silicon Valley Companies. The low amount of activity maybe skewing the data.

Campbell borders Cupertino, Saratoga and West San Jose and boasts a decent school system with a small town feel. This area has had substantial gains at 4.42%. I have seen more smaller new home developments sprout up in this area as well.

The infamous Cupertino schools are no stranger to those seeking the best schools for their children in the Bay Area. Parents will pay top dollar to have their children be in this school district. Things have not slowed, although the median has only increased by 1.07%, you must remember the prices in this area have always been higher and the fact that they are holding shows that schools will always be valuable to parents in the Valley.

Gilroy, the distance from Gilroy to the majority of the jobs in the Silicon Valley make this place a bit less popular than most. With gas prices soaring, the long commute no longer seems to cancel out the savings of the cheaper home in cities further from work.

Los Altos gained 6.77% and Los Gatos gained 3.64%. This is proof that the subprime issues do not affect the upper middle to upper class. These areas have shown solid growth even in a tough real estate market.

The city of Milpitas has sustained a decent 3.04% gain even in this tough market. This small town is a jumping point between the East Bay, the South Bay and the Penninsula. Also this city boasts excellent API scores in their elementary schools and attracts younger home owners who value a new home and don't have children or have young children and do not need to sacrifice for an older pricey home in Cupertino just yet.

Morgan Hill is much different than Gilroy in that it contains a lovely community that has sustained it's home values. Morgan Hill is a beautiful city with newer homes surrounding. Although it is also a distance from the Silicon Valley, this area has still held in value with a minor dip of .13%.

Mountain View's allure will never cease with Google continually taking over more commercial buildings, many more employees seek housing in this area. Mountain View provides a good mix between the city life and small town feel with Castro street and El Camino Real. Showing a 5.73% gain, shows that Mountain View is still highly desired by all in the Bay Area.

Palo Alto by far gained the most in the Bay Area at 16.34%. The prestigious Stanford University, excellent schools and Downtown Palo Alto draws people from all backgrounds to move into this very diverse city.

I am a little surprised to see a .45% gain in San Jose, but it seems to make sense if we are talking about homes that have "sold" during this time frame. High inventory levels exist especially in East San Jose. It is important to note that San Jose is a very large city and should be divided into North, South, East and West. North and West San Jose have sustained well in this market. North Valley has a large section of newer homes and West San Jose bordering Cupertino allows families to send their children to Cupertino Schools. The East and South seems to have had the most people who have sub prime loan issues.

Santa Clara has remained flat which is still a credit to this area. Being close to companies and being diversified with a mix of homes has sustained this area. Rivermark is by far still the hottest community in Santa Clara.

Sunnyvale, a city bordering Cupertino, West San Jose and Mountain View, and also nearby many Silicon Valley companies is still a hot city to live in. Building many many new Townhomes, young workers find this city a great city to reside.

All data was gathered from Data Quick Information Systems: http://www.dqnews.com/ZIPCAR2007.shtm.
All explainations are the opinion of the writer and his interpretation of the data at hand.
Posted by Alan Wang at 2:39 PM No comments: 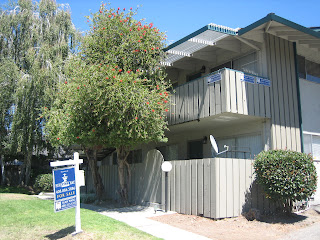 I am proud to present a brand new listing in 607 Valley Forge Way #4 in Campbell! Open House every Sunday from 1 - 4 until through March 2nd.

The property has been completely remodeled please forward this to any of your friends and family who may be interested.

Here are the specifics on the property: http://alanwangrealty.com/PropertyDetails?pid=776963&ls=REIL&user=client 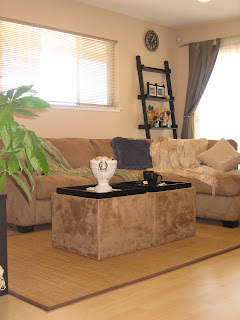