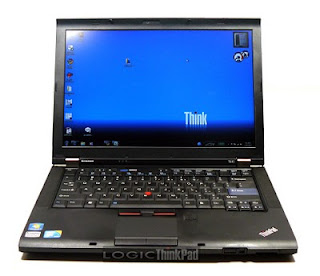 3 years ago I tried to move from a PC to a Macbook and I struggled to the point of utter frustration. Folks know me as a pretty loyal PC user especially towards IBM Thinkpads. It was easy to fallback on the comfort of what I've been using since I was a child (yes DOS CLI and Windows 3.1 onward). It seems that it is harder on folks who are used to Windows than someone that starts fresh.

This time around I requested a Mac expert to give me a 15 minute quick start and I have to say that was invaluable. He showed me the equivalents on Mac; Explorer = Finder, System Preferences = Control Panel and the Applications folder. Also more importantly all the shortcut keys fn F8 - F12, etc. Another useful one is the Ctrl right bottom corner of the mousepad to right click. Figuring out the 2 finger scrolling and and 3 home and end scrolling really sped up my user experience. Then of course Mail, Calendaring, IM and VMware access.

With this quick start, the ease of us of the Mac took itself away. Right off the bat as I had my PC and Mac side by side, the Mac's multi-tasking ability (thanks to the good old Unix backend) is superior to the PC. On multiple occasions my PC was frozen and rebooting, the Mac continued to run seamlessly. We'll see in the long run if it can sustain this level of performance but so far so good. Since more and more applications run on the web/cloud/saas, there is less of a need for me to have windows specific software, though the ones I need all have a Mac installation. 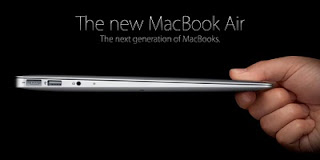 - Sleek design and weight hands down excellent
- Stabilility - Thus far much more stable then a PC
- Faster Performance - Though lags occasionally still superior at this juncture
- Printer Setups - Very easy on any printer on the network including home!
- Mail Setups - Easy on every client, Entourage (bit slow on updating mailboxes), I am using Apple Mail now which performs well
- Calendaring - Took a little getting used to but decent on iCal
- Adium - Is an awesome IM tool, much better than Pidgin for IM's and Trillian for IRC on the PC. It's simple to setup and seamless to chat on this interface
- VMWare Fusion - I almost defaulted back to Outlook on the VM but found that iCal and Apple mail perform sufficiently so that I don't need to use calendaring or fallback to Outlook. Remember it's fn + control + alt/option + delete to unlock the desktop to login. I have not had a need to use the VM. But the VM provides a very nice native feel to using Microsoft application if a need ever arised. You could also allocate one of your workspaces for your Windows applications if so desired.

- Disk space 128GB is a bit on the low side. I moved my documents and critical files over and I only have 40GB left (Did not migrate my Outlook pst file). I hoard e-mail beyond what the Outlook server allows and I move it locally to store in case I need it for the future. If I migrated these mailboxes, space would be chewed up very quickly. My concern is if folks need native applications to do their jobs there may not be enough space as well.- Does not allow me to dual screen on my 2-24 inch monitors- Lack of some kind of dock as I dock frequently at work and at home (no home solution yet)- Battery Life - It's not bad for the size of the computer but I've managed to get as much as 5 hours or as little as 4 hours if I am constantly working on the machine- I've heard complaints on the Network jack extension needed, I haven't had a need for it but with spotty wireless or need for faster download/upload times I understand the possible need for this

I will be keeping the MacBook Air and saying goodbye to my PC, I don't think that I can ever go back. It's a whole new world!

I read your blog and found it very informative and helpful to me .Thanks for such an effort

I read this blog. this was really helpful to me. Thanks to the admin for sharing this awesome information with us.

Thanks admin for spending your valuable time to write an excellent article.

Can I simply say what a comfort to find somebody that really understands what they're talking about online. You actually realize how to bring a problem to light and make it important. More and more people need to read this and understand this side of your story. It's surprising you are not more popular since you definitely possess the gift. KBC Lottery Winner 2020 25 Lakh List

Nice article! It is really gave an valuable information and it is easy to understand.

Thank you for sharing such a wonderful Post. This post is very informative for people. Keep posting.

Really wonderful blog! Thanks for taking your valuable time to share this with us. Keep us updated with more such blogs.
AWS Training in Chennai
AWS Online Training
AWS Training in Coimbatore

<a href="https://www.fitaacademy.in/full-stack-developer-course-in-bangalore/”>full stack training in bangalore</a>

Useful Blog ,Very useful to Visit Your page , Thanks with Pleasure.
German Classes in Chennai
german classes in bangalore

<a href="https://www.fitaacademy.in/angularjs-training-in-bangalore/”>Angularjs Training institute in bangalore</a>

Great post. Thanks for sharing such a useful Best full stack course training in Chennai


Thanks for posting the best information and the blog is very helpful.

Much obliged for sharing this brilliant substance. its extremely fascinating. Numerous web journals I see these days don't actually give whatever pulls in others however the manner in which you have plainly clarified everything it's truly awesome. There are loads of posts But your method of Writing is so Good and Knowledgeable. continue to post such helpful data and view my site too...
How to make a paper airplane | Origami paper plane | Boomerang Airplane | how to make a eagle paper airplane | Best paper airplane design for distance and speed | Nakamura lock paper airplane
Eagle paper plane | Zazoom | Easy Freezy