As part of the Alan Wang Realty Group network you have exclusive insider information on upcoming listings in red-hot neighborhoods.  If you or someone you know would like an off market opportunity to avoid competition let us know!  These listings will hit the market but have unique situations that could be a win/win for everyone. 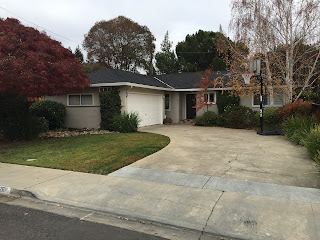 In a prime location with a close commute to Linkedin and Google, quickly access Downtown Mountain View, walkable to Varsity Park excellent schools Springer, Blach, Mountain View/Los Altos High Schools.  Seller’s are looking for flexibility on the close date as they need to find another property in the same neighborhood, lots of potential 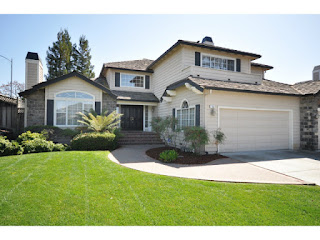 Executive San Jose Almaden property 4 Bedrooms and a bonus room, over 3,300 square feet of living space on a large 8,000 square foot lot, with a 3 car garage, excellent schools in a great neighborhood.  Seller’s looking for a flexible Buyer who can provide a rent back 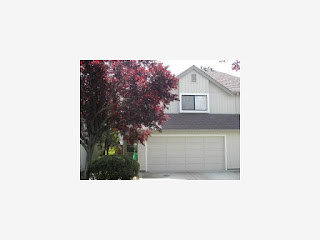 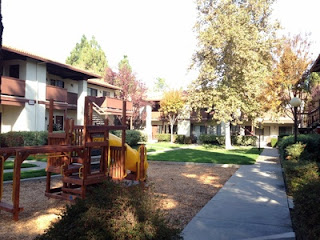 Convenient Sunnyvale Condominium located in close proximity to Technology giants such as Apple, Linkedin and Google.  Quick access to highways and walkable to local park.  Attends Homestead High School.  Seller currently has a tenant in the property until August.  Contact us if you are interested in this opportunity

As we close out another great year for Bay Area real estate in the Silicon Valley, I wanted to take a moment to reflect upon 2015 and look onward to 2016.  It has been a more volatile year than previous years which makes our year end review much more detailed.

It was February 2011 when our market rebounded from the housing crisis.  Since then, home prices over the last 4 and a half years have aggressively pushed upward every year, with each home sold pushing over the sold price of the previous week through bidding wars.

2015 started out with an absolute acceleration in home purchasing activity.  Buyers came in out in packs and multiple offers were abundant.  Winning offers were hundreds of thousands over list price and competition continued to heat up in all locations.  Due to the imbalance of low supply and high demand, homes sold in 1 week with double-digit number of Buyers and prices increased aggressively with every home sale.  Prime locations were San Francisco, San Mateo and Santa Clara Counties.  As the prices increased Buyers were forced to further locations such as Alameda and Contra Costa Counties and drove prices up in those areas as well.

In previous years, cash investors from abroad especially China were commonplace.  In 2015, the Chinese government sealed many of the loopholes that were being leveraged, which has made it very difficult to generate the cash outflow to the United States.  Those that were able to get cash into the country and required a mortgage, the banks put another layer of restrictions on these funds requiring these funds to be in the United States in the Borrowers account for 2 to 3 months for what is called a “seasoning period” in order to combat money laundering.  The 2015 Buyer was more of the local Technology employees, many utilizing their stock options or restricted stock units towards their down payments.

Summer Cool Down Fall Slow Down

As summer approached the market began to cool as more inventory hit the market and Buyers’ were on hold due to high prices and summer holidays.  For the first time Seller’s noticed that their homes were not selling in a week, many took 30 or more days to sell.  This was a major adjustment as we were all used to 7 days being the average time a home would be on the market with multiple aggressive offers.  For those homes that had multiple offers, the prices were not as aggressive.  During this time period the Chinese stock market took a plunge and caused a panic in the US market as well, causing Buyers to further delay their home purchases.  The fall was also slower as days on market increased and Buyers were still sparse during this period of time.

Winter inventory shrunk to low levels as is typical of the season.  With this lower supply, homes some homes actually generated multiple offers at times depending on location while other continued with longer days on the market.

The most recent trend is that more and more companies are being founded and headquartered in San Francisco, which has driven home and rental prices up sharply.  The Peninsula continues to be a popular midpoint between San Francisco especially for dual income families where one spouse is at a startup in San Francisco while the other works for established companies such as Facebook, Google, Apple and Linkedin in the Southbay.  The other hot spots are in the San Jose Berryessa and Milpitas neighborhoods due to the fact that BART (Bay Area Rapid Transit) train line (http://www.vta.org/bart/timeline) is being extended to these destinations targeted for 2018.  These are also neighborhoods that are still quite affordable some with decent elementary schools.  As all of these neighborhoods have increased in pricing, more have opted for further commutes to Pleasanton, Dublin, Danville and San Ramon for better schools and great communities often sacrificing commute.

2016 was looking to be the year of leveling home prices given the slowdown from the summer months.  One would argue that home prices have been on the rise for 4 and a half years and due for a slow down.  Also the Federal Reserve is planning to raise interest rates imminently.  This will not immediately affect mortgage rates, but will eventually increase the rate of borrowing though likely just by a quarter percent.  The concern is partially psychological as Buyers often experience remorse by not getting the lowest rates, but from a practical standpoint it could also increase their monthly payments where they were already pushing their budgets to purchase.  The major wild card is that the technology sector continues to demonstrate growth.  There appears to be no slowdown in the hiring by the Technology giants in the area, which means a basic supply and demand problem that will keep rents high and create more Buyer interest for sparse real estate.  Also there are potential IPO’s coming from companies such as Airbnb, Pinterest, Snapchat, Palantir and Cloudera which will flood more liquidity into the real estate market.  2016 could be another year of price growth.

Thank You for Your Referrals!

We wanted to thank you for your support and referrals.  We are so pleased that the vision we set out 12 years ago to create a new customer centric partner Agent has resonated so well with you, your families, friends and colleagues.  We are firm believers that real estate is a business of relationships where we are your resource for a lifetime.  We tune our craft to ensure that we are the industry experts with the experience, knowledge and innovation necessary to ensure that you have the highest quality Agent working on your behalf and not trying to sell you but partner with you to achieve your real estate goals.  Without each and every one of you we would not have achieved being the third ranked team in the region for Keller Williams.

Join the Conversation on Linkedin! - https://www.linkedin.com/pulse/2015-silicon-valley-real-estate-year-review-alan-wang

We wish your family a safe holiday season and a Happy New Year!
Regards,

Photo Source http://www.avascent.com/2015/01/defense-industry-could-benefit-as-liaison-between-silicon-valley-and-dod/
Posted by Alan Wang at 6:50 AM 1 comment: