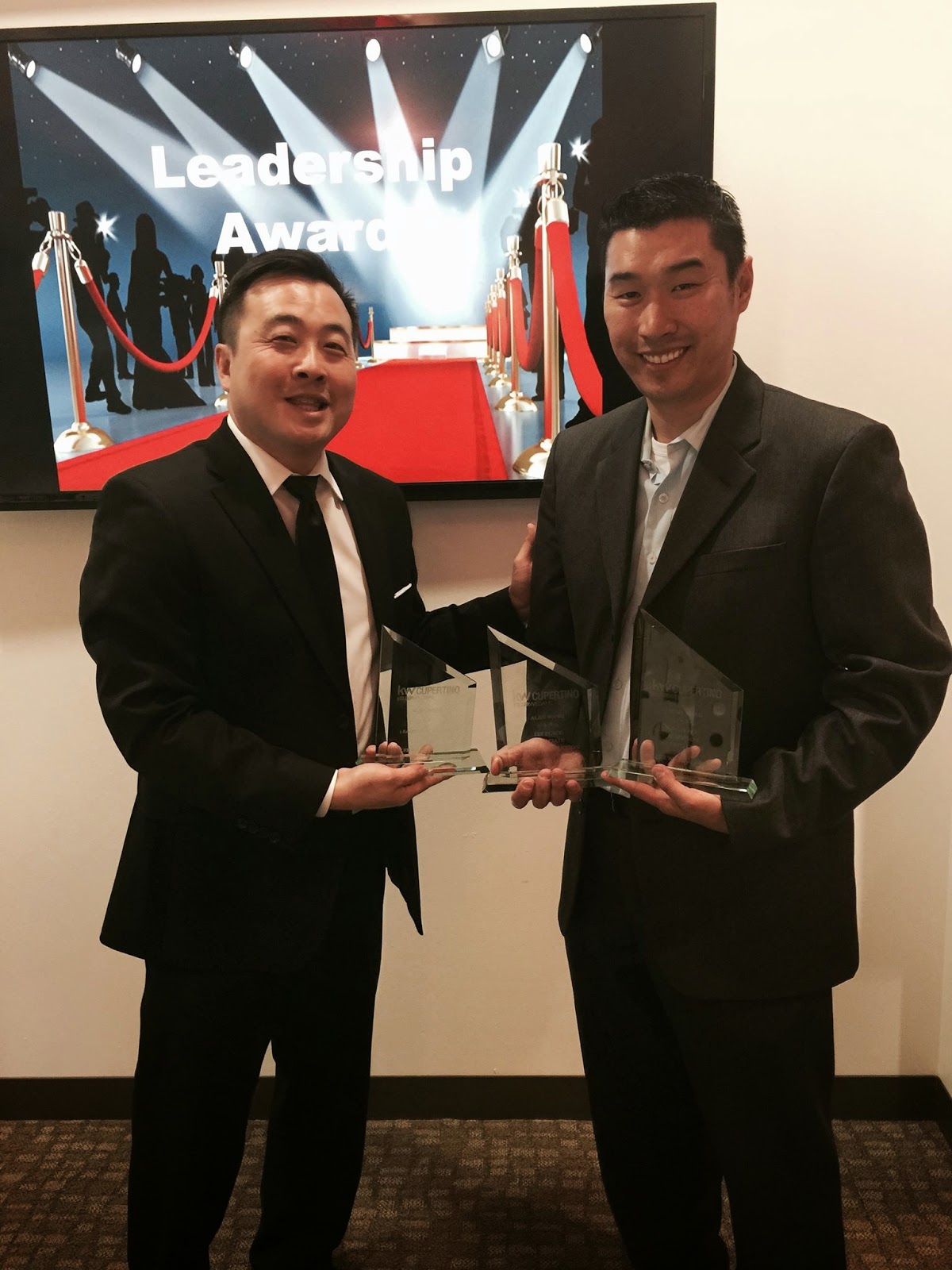 We are pleased to announce that Alan Wang takes home the Keller Williams Cupertino Leadership award and Top Associate in Closed Units and Production!  Thank you all for your continued support! 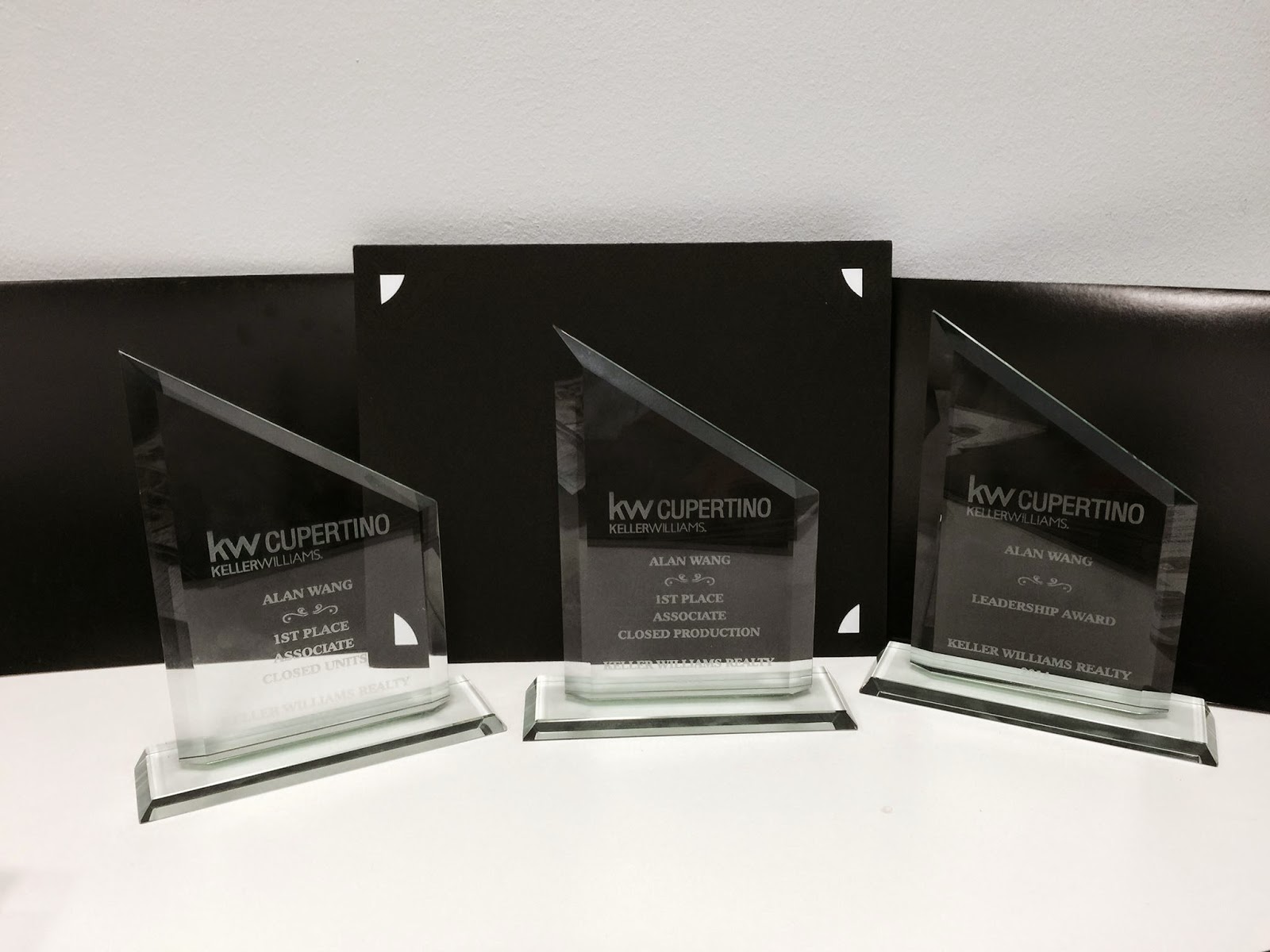 Give the Fat Boy a Chance

It was another beautiful summer afternoon in the Silicon Valley.  Many employees gathered after work to play basketball near one of the main gyms on campus.  We went through and did the free throw shoot around to determine teams.  As I looked at my teammates, one of them stood out to me.  He stood about 6 foot 3 and must have been about 300+ pounds.   As the game began, I was running point and doing my job of distributing the ball around to my teammates to set the flow of the game.  As I guarded my opponent, I timed his crossover and punched the ball out for a turnover.  I start running down the court looking for any trailers on my team.  As I looked up there he was, jogging down opposite side of me.  I did an overhead pass to him and with a grace I had not expected he glides down the lane, finger rolls the ball gracefully off the backboard right in for the score.  He turns around back down court, put his hands up, shrugged his shoulders and hollered out “give the fat boy a chance, give the fat boy a chance!”

People are More Than Search Criteria

How often do we as human beings judge those around us?  With the abundance of information on the Internet and now our dependence on mobile devices, there is a firehose of information that is grasping for our attention every millisecond of the day.  In order to make sense of this large distorted unstructured quantity of information, we naturally compartmentalize, modularize and filter down this information so that we can process it.  This is at the core of why search is such a powerful tool in whatever software or applications that we depend on in our daily lives.  However, we as a society have boxed ourselves in with this way of thinking.

I got off a call with a potential real estate client and it dawned on me how much this is ingrained in us.  The majority of new customers I interview in that first requirements meeting, often immediately jump to the search parameters right away, rather to what they are really looking for.  The question I love to ask is what is your dream home and what does that look like.  Customers often get stumped and take a moment, but then the real story comes flowing through as they are allowed to dream a bit.  In that daydream is where I get the humanity of the person rather than the mechanical search criteria’s we are so programmed to enter into a web form.  Because at the core of a person you will find what they are really looking for and often that which they didn’t even know about themselves.  You find for the parent they are looking for a safe area and yard space for their children to play, a neighborhood of kids, a great school for their kids to thrive or a fully re-modeled home that requires little work.  The younger working professional is the complete opposite of the parent and really wants to live in a place surrounded by festivities, be close to work, wants newer properties with very low maintenance.   You may meet the retiree that have been through both of those phases and are thinking about how to structure their home for their children, having trouble handling the large amount of yard work or paying off the home and minimizing the tax burden as they no longer have income.  These are some examples of what we as human beings think and worry about in our lives and it is so much more than boxes in a search form.

I once interviewed a candidate for a development position.  He had all the right skillsets, tools and experiences that we needed.  At the time the decision was to put him in a contractor position.  So we put this person at the forefront, developing the core of our system.  A year later, his work was front and center of production code and literally very few bugs where found.  I then advocated that we should bring this person on full time.  The answer I got was the school he went to would never pass our high standard for hiring.  I could not believe this answer.  This type of thinking is weeding out a large amount of ambitious talent that may not have had the resources or desire at one point in their lives but have evolved and found it at a later time.  In your companies’ battle for talent, try to see past the standard checkboxes.  There are many talented people that are hungry and looking for an opportunity.

Having worked at Technology companies for over 13 years, I have watched hiring practices play out in day-to-day execution.  Companies in the valley focus on this idea of “top talent” often defined by a narrow set of degrees with a narrow set of top schools.  What I have seen is that there is a high quality of smart individuals brought in but they often end up working on mundane tasks.  There are a limited amount of top priority cutting edge R&D projects as compared to the bugs that need to be fixed in existing code every day.  Why are we so obsessed with finding top talent?  In fact a staggered team makes more sense so that not everyone is not for the same promotions.  A tiered team of Junior, Mid-level, Senior and Architects would also ensure there is work that is challenging for each level and encourages collaboration to help each other improve their skills together.

I will never forget an interview candidate that I was interviewing for an Engineering position.  Question after question he could not get to the answers that I was asking.  At the end of the interview I was perplexed and I was a sure no on this candidate.  A few days later my Manager and I de-briefed and I mentioned how he could not answer any of my questions.  My Manager looked up at me with a confused look as he had asked similar questions to mine and the candidate passed with flying colors.   We both stopped for a moment and concluded that he studied and learned Unix in a day.  In many companies my “no” would have meant this candidate would not have gotten the job and we would have continued looking.  But in this instant, we saw the passion and work ethic of this individual and decided this was a person worth bringing on-board.  Just a few years later, this hard working employee climbed the ranks quickly and is now a principal engineer.  To think we would have missed out on this talent if we had followed standard protocol.

Look around you at your peers, those you manage, your family and your friends.  Do any of these people have the potential to be that top talent you have been desperately looking for?  A true leader identifies undervalued talent and turns them into superstars.  Is there someone around you looking for a chance to show you that they can do the job with passion, heart and effectiveness?  Give them a chance and they just might exceed your expectations.

PS> If you were the teammate who I played with so many years ago, send me a message I’d love to catch up, you inspire me!

The source of this blog can be viewed on Linkedin https://www.linkedin.com/pulse/give-fat-boy-chance-alan-wang
Posted by Alan Wang at 7:53 AM No comments: